WYFI Project has transformed hundreds of lives across West Yorkshire 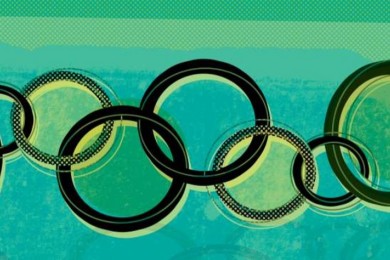 A National Lottery funded project which aims to help people facing issues of homelessness, addiction, reoffending and mental health across the West Yorkshire area, has had a “transformational impact”, a final study on its work has found.

Assessing the impact on over 800 individuals, CRESR’s final evaluation of the main, six year project, stated: “The project has had a transformational impact on the lives of many men and women across West Yorkshire.”

It stated: “All interviewees reported that their lives had improved, sometimes significantly, since working with the project.

The process of positive change was largely ascribed to the relationship established with WY-FI’s Multiple Needs Navigators which was instrumental in facilitating improvements or stability in beneficiaries’ lives. Many described an improved sense of well-being derived from having somebody in their lives that they could access when they needed support, could rely on and who ‘cared’.

Sue Northcott, WY-FI Programme Manager, said: “Our work has been incredibly rewarding and we have learnt so much from our beneficiaries.

“Finding the right help when experiencing any one of these multiple needs can be difficult. WY-FI is about making sure the right kind of help is available for people when they need it, so supporting them to live a more fulfilling life.”

The service, which is funded by The National Lottery Community Fund Fulfilling Lives programme, supported a total of 823 people in West Yorkshire between 2014 and 2020.

WY-FI Multiple Needs Navigators helped them engage and re-engage with local services related to their needs. These included drug and alcohol services such as Forward Leeds and Calderdale Recovery Steps.

Sue said: “WY-FI, alongside all 12 of the Fulfilling Lives projects, has been committed to making sure the right kind of help is available for people when they need it, supporting them to live a more fulfilling life”.

The WY-FI project, now in its seventh and final year of activity, now has a renewed focus on system change across West Yorkshire to ensure effective, ongoing support for people with multiple needs.

This website uses cookies to improve your experience while you navigate through the website. Out of these, the cookies that are categorized as necessary are stored on your browser as they are essential for the working of basic functionalities of the website. We also use third-party cookies that help us analyze and understand how you use this website. These cookies will be stored in your browser only with your consent. You also have the option to opt-out of these cookies. But opting out of some of these cookies may affect your browsing experience.
Necessary Always Enabled

Any cookies that may not be particularly necessary for the website to function and is used specifically to collect user personal data via analytics, ads, other embedded contents are termed as non-necessary cookies. It is mandatory to procure user consent prior to running these cookies on your website.